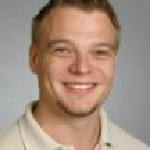 In this post, we go over setting up a simple application on the newly released Kubernetes 1.2 version, which has simplified configuration and made k8s easier to use.

Installing Kubernetes on OS X is straightforward by running the two lines:

The package is large (over 425MB) and will take some time to download.

The script immediately starts up the Vagrant-based local environment with two nodes: master and node-1. While starting up, the virtual machines are automatically provisioned and updated, which takes several minutes. The setup should complete with a success message.

The downloaded package is automatically extracted to a subdirectory called kubernetes. The scripts used for controlling kubernetes are located in kubernetes/cluster. This directory can either be added to the path or most of the work can be done in that directory. With the second option, Vagrant also knows about the status of the VirtualBox environments without having to use global-status and machine ids.

Access to the Kubernetes dashboard and Cockpit is through the URLs that are listed after the setup has completed. We tried installing a simple service through Cockpit, and the end result was different than what we got by installing using the new kubectl.sh run command, so we decided to stick with the commandline.

The status of the Vagrant controlled VMs can be checked either by running vagrant global-status or if in the kubernetes/cluster directory just by issuing vagrant status. With vagrant suspend the VMs are saved and can be resumed later with vagrant up. If you are not in the kubernetes/cluster folder, you need to provide the ids for the commands to work.

Nodes can be accessed with vagrant ssh nodename if you are in the kubernetes/cluster directory or vagrant ssh id if you use the global id.

Changing the number of nodes

The number of installed nodes can be altered with an environment variable. It can be set after the initial set-up has finished and then the new node can be added by running the kube-up.sh script; however, the validation script got stuck so we started over with vagrant destroy and then ./kube-up.sh.

Creating and starting a service with the new run-command looks like:

Exposing the image via LoadBalancer

By default, the started Deployment is of the type ClusterIP, which means that it is visible only inside the cluster. For external visibility, the service type needs to be changed into LoadBalancer or NodePort. Since NodePort would mean that the service is only visible on that exact node it is running on, LoadBalancer makes more sense.

Editing a service can be done with:

Since we normally use Atom as the default editor, we had to change the editor to wait mode, which can be done with:

After experimenting with this, we realized that Kubernetes checks the file for validity when it’s saved. Since we could achieve a better feedback loop when using joe as the editor, we decided to go with:

If the syntax is incorrect when you attempt to save the file (in this case by pressing ctrl+k+x), the header of the file shows the allowed values and the location of the error. The file is only saved and taken into use when everything is correct. This is an excellent usability feature and should be the new norm in everything that needs configuring.

After saving the file, it is immediately taken into use.

The documentation says that LoadBalancer implementation is provider-specific, and it looks like the Vagrant version exposes the LoadBalancer on all the nodes to the NodePort. When testing with curl, it looks like services do get called from both nodes successfully.

Finding out the port

The port can be queried with:

Finding out the node IPs

The query with the IP and port looks like:

With browser, there seems to be some affinity where refreshing the page gives the same instance. However, trying with a few different browsers (and incognito mode) shows that the results do come from different instances.

The Kubernetes services can be listed with:

The default username and password for the services are vagrant/vagrant.

A lot of simplification has been achived with Kubernetes version 1.2, which makes it more straightforward to establish a local Vagrant-based multi-node Kubernetes set-up.

For doing simple development, using Kubernetes locally may be an overkill as the installation and set-up is time and resource intensive. For managing a production-ready environment, however, it looks like a good fit–although controlling things on a more fine-grained level using yaml-based configuration will make more sense.

It will be interesting to see if Kubernetes will use the simpler networking model that was introduced with Docker 1.9. The Docker version in Kubernetes 1.2 seems to be 1.9 series, but may move quickly to the 1.10 series.