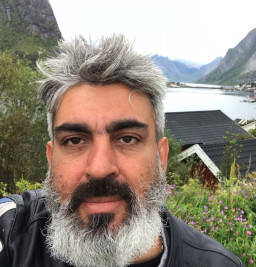 Looks like our project is globally pioneering the process of running Hyperledger Fabric in Kubernetes and getting close to a production-ready setup step by step.

I’m also very happy and proud to announce that, this work is now open source and hopefully will fill a large gap in the Hyperledger Fabric community.

Special thanks to APG for allowing opening the source code :)

These are a couple of Helm charts to:

Hyperledger Fabric provides some samples to launch and populate the network as plain Docker containers. We were also using this setup before moving to Kubernetes.

This is a good starting point for newcomers but obviously not a production ready setup:

In addition, it is difficult to configure when network structure changes

Since we are already deploying everything else to Kubernetes, moving HL Fabric to Kubernetes was the obvious choice

One sample provided by one of HL Fabric contributors (Alex)

Also one sample by IBM 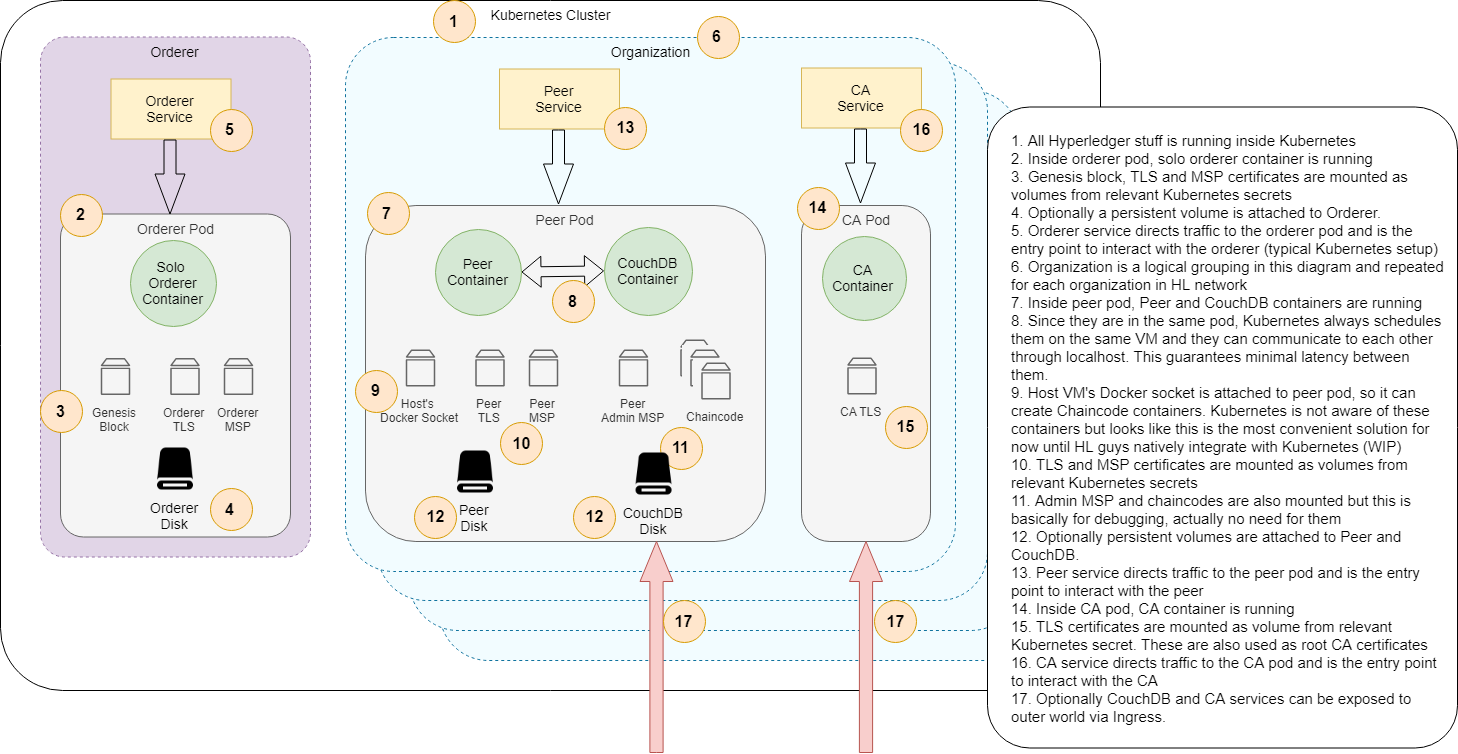 After creating crypto material and channel artifacts, launching the network is as simple as:

The crypto-config.yaml is actually HL Fabric’s own configuration file, so we are not maintaining multiple copies of same information

This honors OrdererOrgs, PeerOrgs and even Template.Count (peer count) in crypto-config.yaml. And creates all the mentioned secrets, pods and services, cross-configures them and launches the network in unpopulated state

Hopefully, in the future, when an actor joins or exits the network, after creating crypto material, updating the network will be as simple as:

After network is launched, creating the channels and joining peers to relevant channels is as simple as:

Upgrading all chaincodes to version 2.0:

Upgrading only info chaincode to version 3.0:

How it works? - Launching the Network

We are basically leveraging Helm’s template engine capabilities to iterate over every organization and peer and create relevant cross-configured Kubernetes manifest files.

Convention over configuration makes life easier; for example, every MSP name is <orgname>MSP, apgMSP, pggmMSP, etc.
Based on this convention, it collects just the right piece of data from relevant place and mounts to the correct place in the pod

How it works? - Populating the Network

Kubernetes has a concept of a job, which is basically a pod launched to perform a certain task and then stop after completion. The Helm’s power of injecting the correct data to the correct pod makes Kubernetes jobs a good candidate to populate HL Fabric network.

Launch the pod, execute the command with correct data and credentials and stop. Commands are atomic things:

However, there was a missing part. Kubernetes is not providing a mechanism to orchestrate the jobs (i.e., that is to run the jobs in a specific order).

While searching for an orchestrating mechanism for jobs, I found Argo.

It’s a nice Kubernetes native workflow engine capable of running tasks sequentially or in parallel and also allows hierarchical grouping of tasks. It does this by defining its own resource type Workflow, thanks to Kubernetes’ extension mechanism.

Argo also provides a retry mechanism for failed tasks (yes, occasionally these tasks temporarily fail every now and then and retrying them in Bash scripts makes the scripts more complicated). So, again by leveraging Helm’s template engine capabilities, iterating over channels, chaincodes, organizations and peers, we create a workflow and execute it through Argo.

The generated chaincode install/instantiate workflow is approximately 4,500 lines. For three peers per organization, this approaches 15,000 lines. :)

It’s correct and verified that peers restore ledger state from other peers on the same channel.

However, this is not very useful on its own since:

In case of peer crash or restart for any reason, peer will start with the exact same state it was before crash/restart and will get missing data from other peers if any.

So, infrastructure wise we are 99.999999999% (11 nines) covered in terms of durability (for Azure AKS) except the very unlikely event of complete data center breakdown (fire, flood, etc.).

In particular, this can be an issue since there is no backup/restore mechanism for persistent volumes. There is also no mechanism to return back to a point in time. Once the data is gone, it’s gone forever. 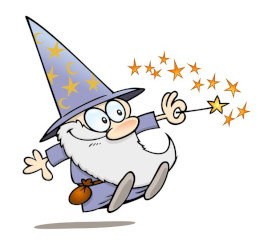 Wrapping up everything in a Kubernetes Operator will be more than awesome! :) So one will provide the Operator the desired state of HL Fabric network, both the network itself and the channels, chaincodes etc., and let it reach that state if possible.

This is also consistent with Kubernetes paradigm!

While I don’t know much about Go language, this may not be as difficult to implement if using Helm in an Operator is possible. After all, all the required bits are in place, they are just waiting to be combined!

Special thanks to Oscar Renalias for the inspiration!

So happy BlockChaining in Kubernetes :)

And don’t forget the first rule of BlockChain club:

“Do not use BlockChain unless absolutely necessary!”